Edinburgh Monarchs: 05
Newcastle Advance Fire and Security Diamonds in association with SecuriCorp: 06
SGB Championship
Abandoned after two heats – result does not stand
Photo Steve Brock Photography
The Newcastle Advance Fire and Security Diamonds (in association with SecuriCorp) tried again to get Championship points on the board after Wednesday’s rain-off at Oxford, but at the Edinburgh Monarchs, again it was going to be a tough ask, although both sides were using two guests and rider replacement to cover injuries, the Bandits of Berwick supplying three of the names, and Birmingham, the other.
Ricky Wells lined up for the Diamonds, in place of Bradley Wilson-Dean in Heat One along with former Diamonds, now with the Midlands’ outfit, Ashley Morris against home star, Sam Masters and Jacob Hook with rain already in the air, however Masters made the best gate with the two Diamonds tucking into second and third before Hook briefly passed Wells, only to be repassed half a lap later in the 3-3 score.
With rain now much heavier the meeting was suspended while the weather passed over head, and after a significant delay of over 40 minutes, Heat Two finally got underway with Lee Complin leading, initially with Smith in second, but having been passed by both Hook and Kyle Bickley, his bike gave up the ghost, as did Hooks leaving Newcastle to take a heat advantage, 2-3, the Diamonds now leading 5-6 with the referee being summoned to the pits for a little chat on the second bend, duly calling the match off at 8.29pm.
The Diamonds now race at home on Sunday at 4.00pm against the Leicester Lions in a much-awaited SGB Championship match. 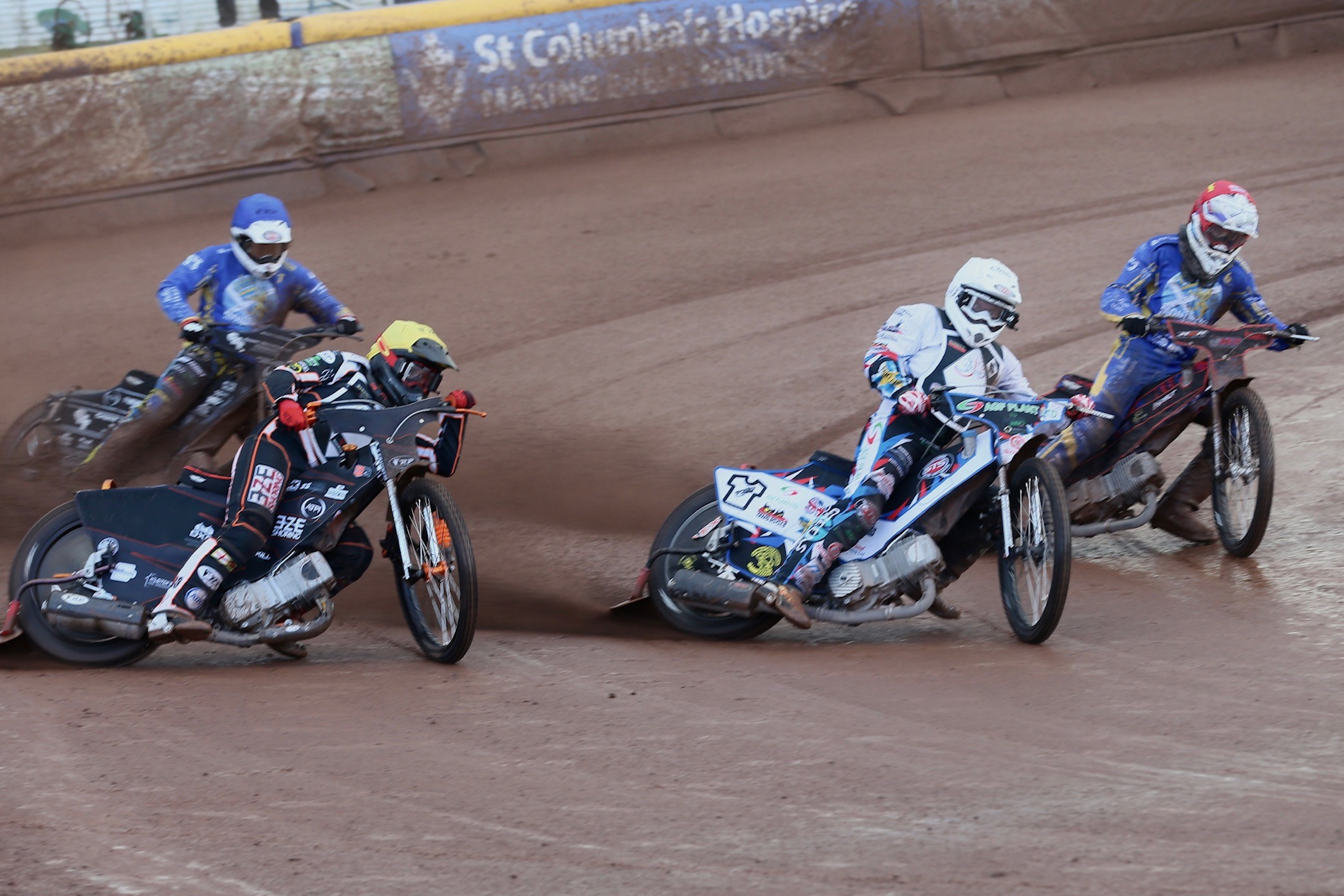 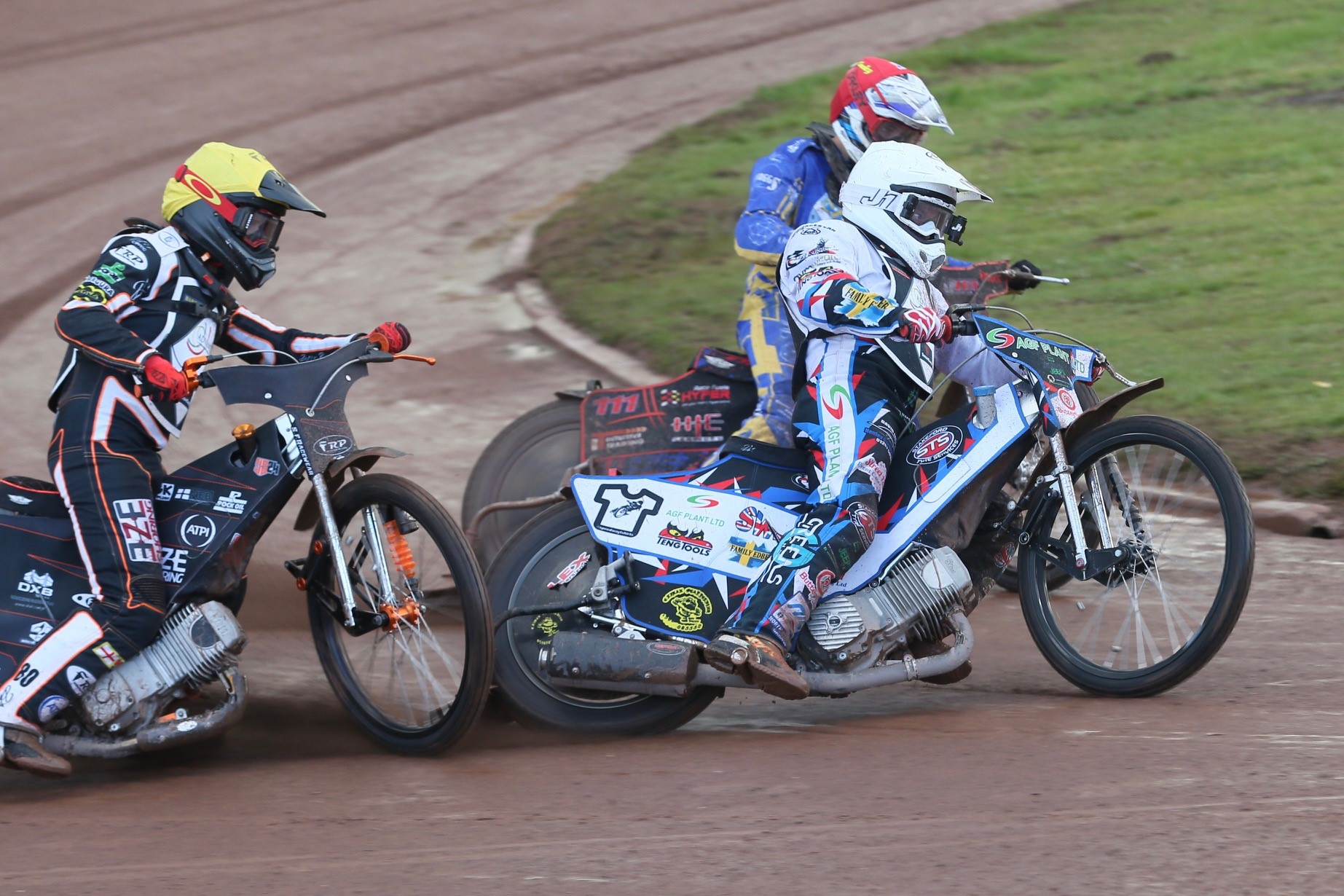 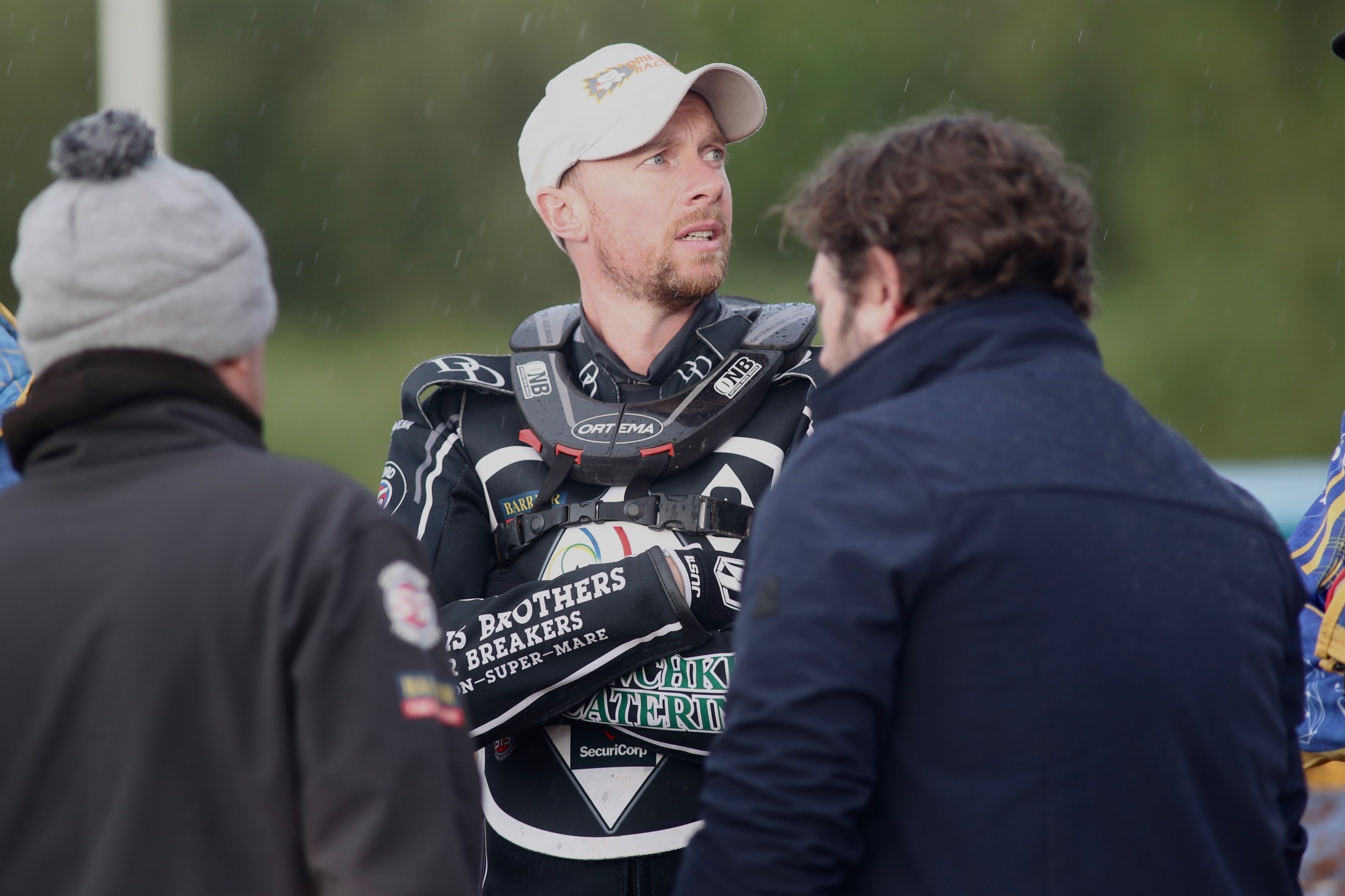 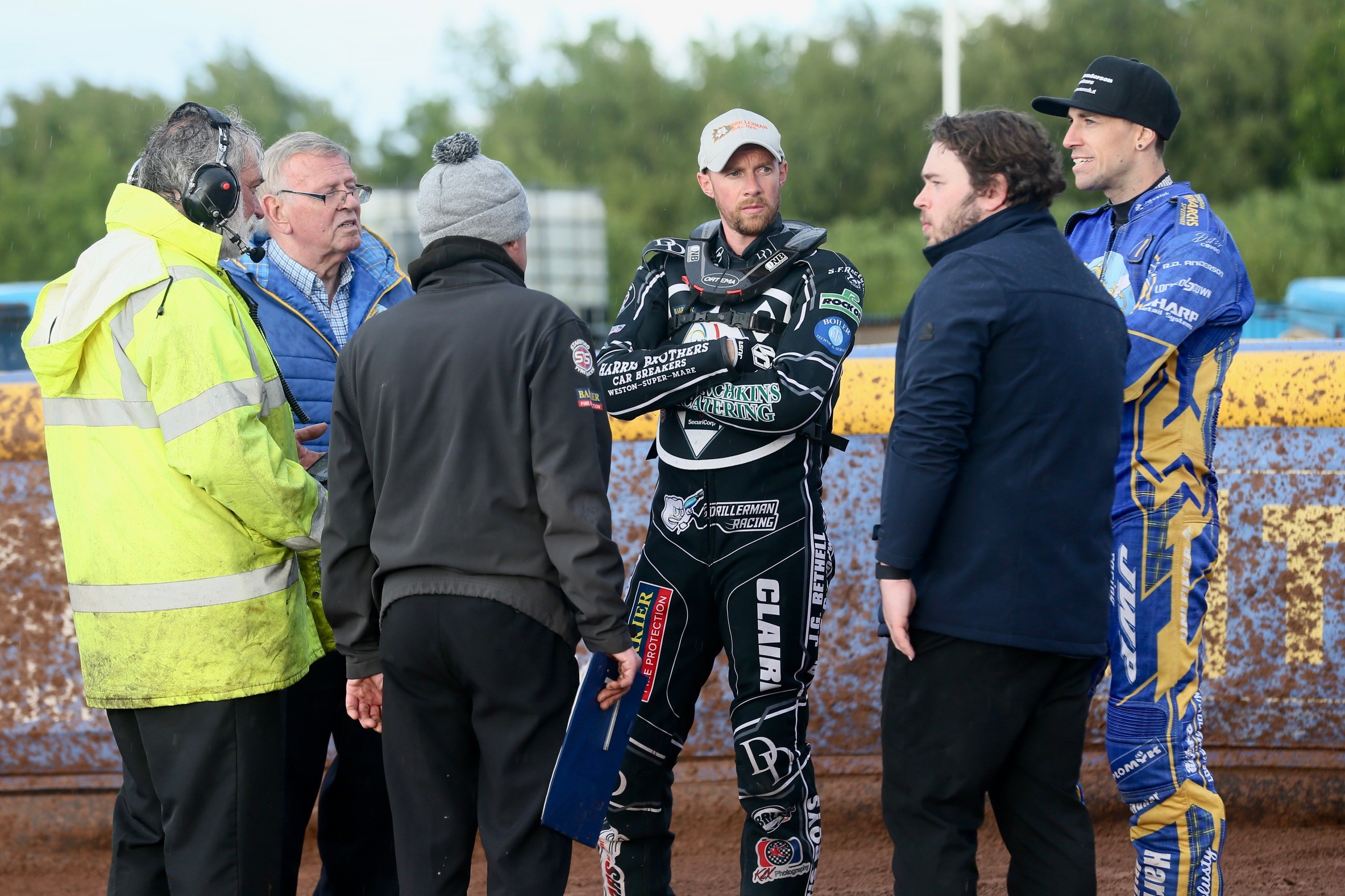 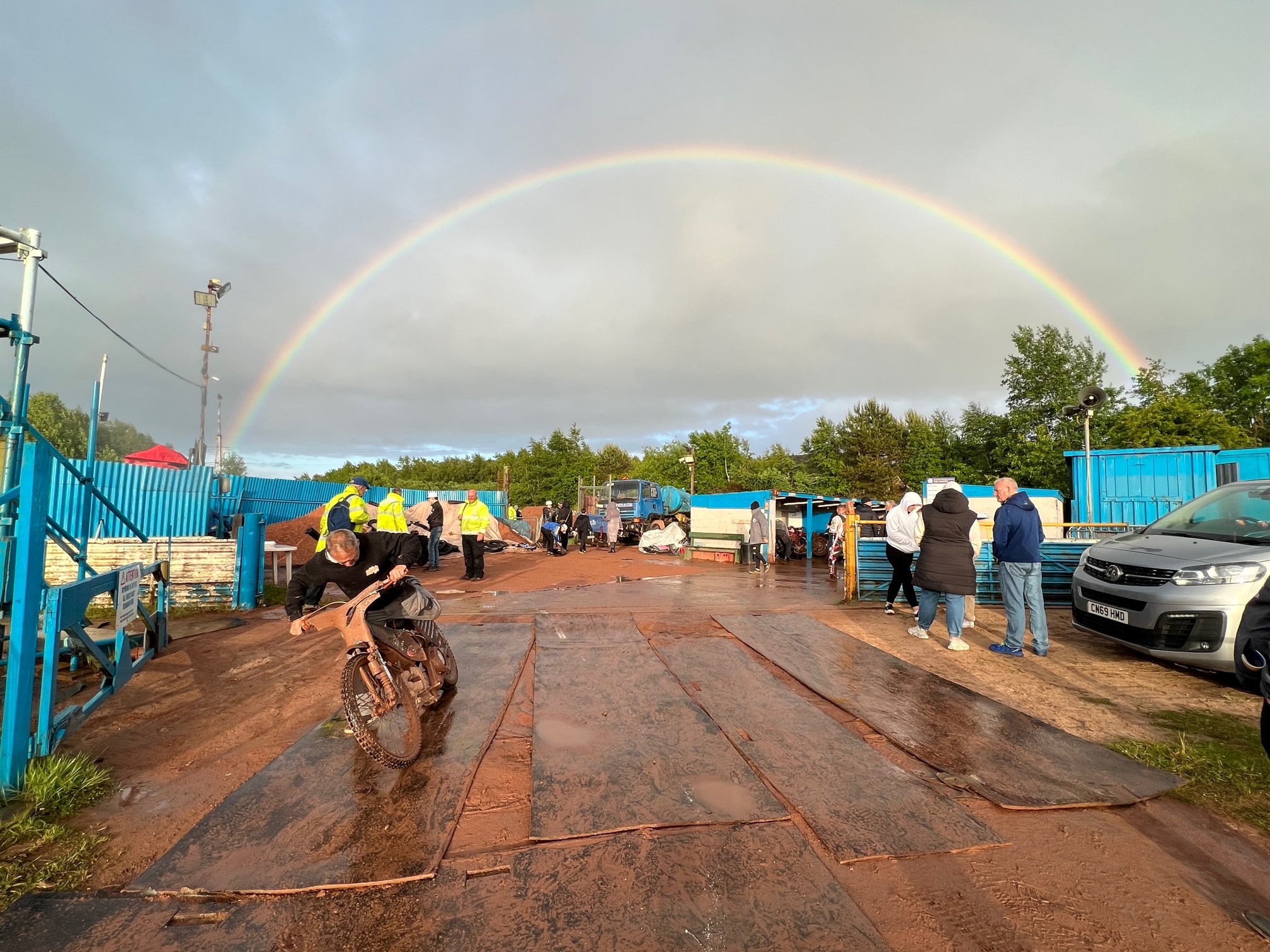