Diamonds miss out in thrilling match after abandonment after Heat 10

Newcastle Advance Fire and Security Diamonds in association with SecuriCorp: 29

Abandoned after Heat 10 due to Track Conditions- Result stands

It was again a match tinged with controversy as the Glasgow Tigers, in second place in the Championship before the event at Newcastle’s Brough Park, which provided some excellent racing over the 10 heats with 5-1s being swapped left, right and centre, but the euphoria wasn’t to go full distance with the race meeting being curtailed after Heat 10, frustratingly for the home team, when they found themselves 29-31 behind, and according to the rules of Speedway, the result would stand.

The Newcastle Advance Fire and Security Diamonds in association with SecuriCorp again needed a guest for the injured Kiwi Bradley Wilson-Dean with Kyle Howarth again answering the call along with Jason Edwards covering the injured George Congreve at reserve against the powerful visitors.

Heat One opened with Howarth and Matthew Wethers roaring away after Danyon Hume made an error on bend one to take a home 5-1 with unexpected ease, while Heat Two saw Connor Bailey took off from the gate to take an easy win over Lee Complin in a 2-4 to narrow the gap to 7-5, followed up by a solid Glasgow 1-5 with two fast gates from Benjamin Basso and Ulrich Ostergaard ahead of a chasing Max Clegg with the scores now 8-10 in favour of the Tigers.

Heat Four only lasted quarter of a lap due to Paul Starke and Tom Brennan come together hard with both hitting the deck. The referee couldn’t attribute blame for the incident, calling all four back for the re-run, in which Nicol, in place of Brennan took off to take three gate to flag points as Starke passed Bailey off bend two to split the Glasgow pain in a 2-4 extending the Tigers lead to 10-14.

Heat Five gave the best race of the day to date with James Wright and Craig Cook swapping places several times each until Cook slipped and ended up at the rear of the field in a home 5-1 to level the match 15-all.

Injury Rider Replacement then covered the injured Brennan who had damaged a hand with Baily covering him in Heat Six, led well from the gate by guest Howarth well ahead of Bailey who in turn was under pressure from Wethers who nipped up the inside of the last bend of the race to take the second place and form a home 5-1, but that was instantly reversed after Ostergaard and Starke exchanged positions through the race, won by Basso to put the scores level again 21-21.

Heat Eight only lasted a couple of bends as Wethers and Bailey came together, the Tiger running into the Diamond, but the Diamond was subsequently excluded by the referee from the re-run, in which Hume went to the front and joined by Nicol with an equally fast gate ahead of Complin in Glasgow’s second consecutive 1-5, putting them into a 22-26 lead, as Basso was named IRR for Brennan in Heat Nine.

That ninth race provided a home maximum levelling the match again at 27-27, but fast gates from Ostergaard and Basso in Heat 10 left Howarth and the battered Wethers with a lot to do, but over the final; two laps Howarth passed Basso only to be re-passed again followed by Wethers powering up behind and diving under Basso on the final bend of the race in thrilling style, to cut the damage to a Tigers’ 2-4, the score now 29-31.

Hume fell on the first bend of Heat 11 causing a stoppage and a call for all four back to contend the re-run, but that re-run never happened as representations from the pits approached the referee and asked for a track inspection, and after a lengthy consultation, the match was abandoned due to track conditions.

A very disappointed Rob Grant said afterwards: “Yes, we’re extremely disappointed at proceedings this afternoon, on a number of levels. The match had provided some excellent racing, with some really exciting stuff to watch, and I think as we were only two points down, we all believe this was a match we could have won had it gone to the end of Heat 15, but that wasn’t to be when the referee was called to the pits. Despite all our lads saying they wanted to continue, after a lengthy discussion, the official took the decision to call the meeting as abandoned, which again was gutting for us as he didn’t even give our track curator, a guy who is one of the SCB’s highly rated track curators, the chance to rectify the issues that were being discussed.

“We do have issues with drainage with the track and also have issues with an old kerb from years ago coming through the surface from below, we know that, but tonight was absolutely no worse than it had been over the last few weeks, so there was no need for any this tonight. We have no meeting next week, and we’ve already had scheduled major track work with nationally renowned track men from the SCB coming up to oversee and sort the track out. One option that we are looking at is with that kerb reappearing, is taking the track out again to the line of the old kerb as an option to sort out some of the issues. So by the time Scunthorpe come to us on May 22nd ( which is a 5pm start time, and free entry to over 65s!) we believe we’ll have a trouble-free track to race on again.”

Newcastle Advance Fire and Security Diamonds in association with SecuriCorp 29 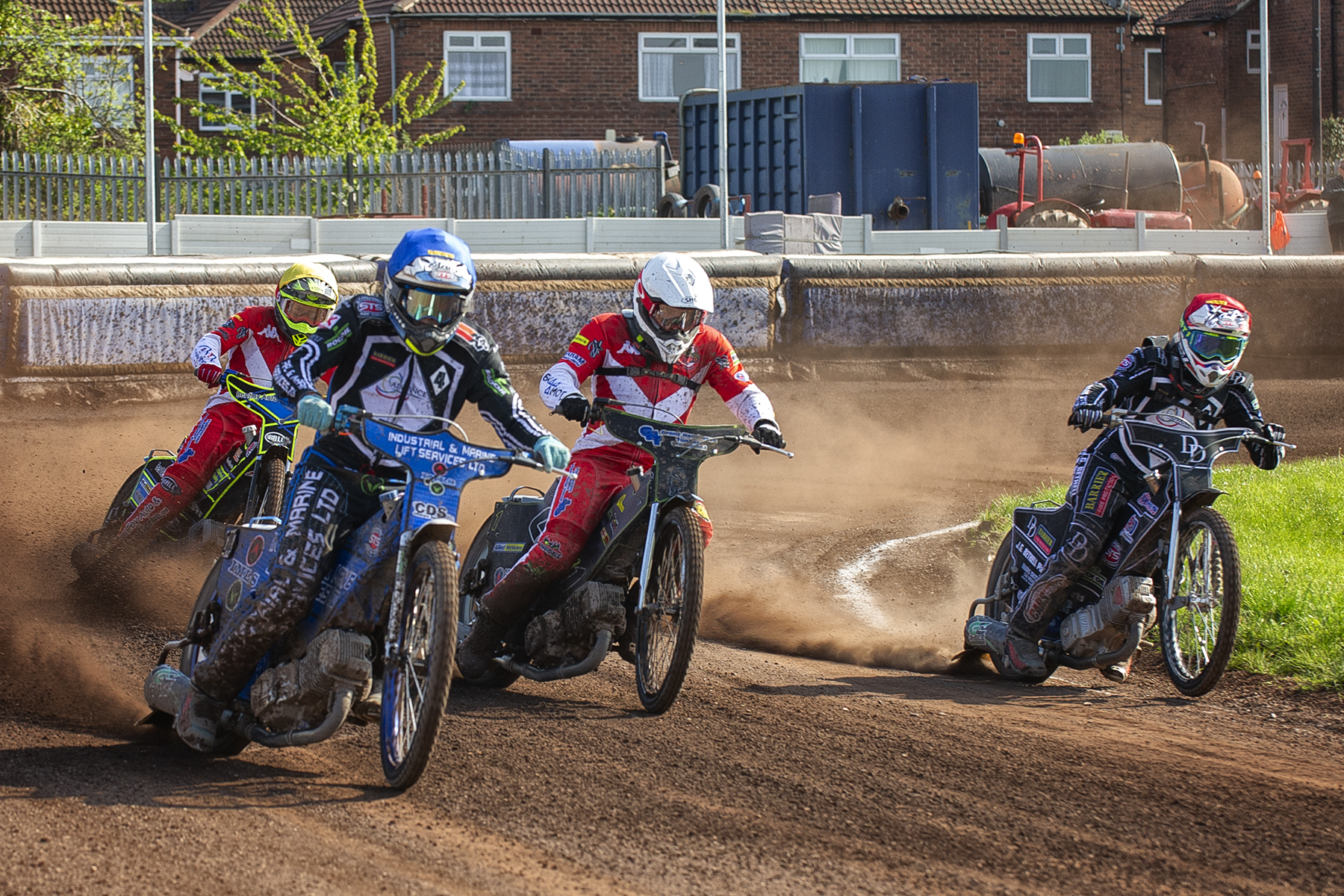 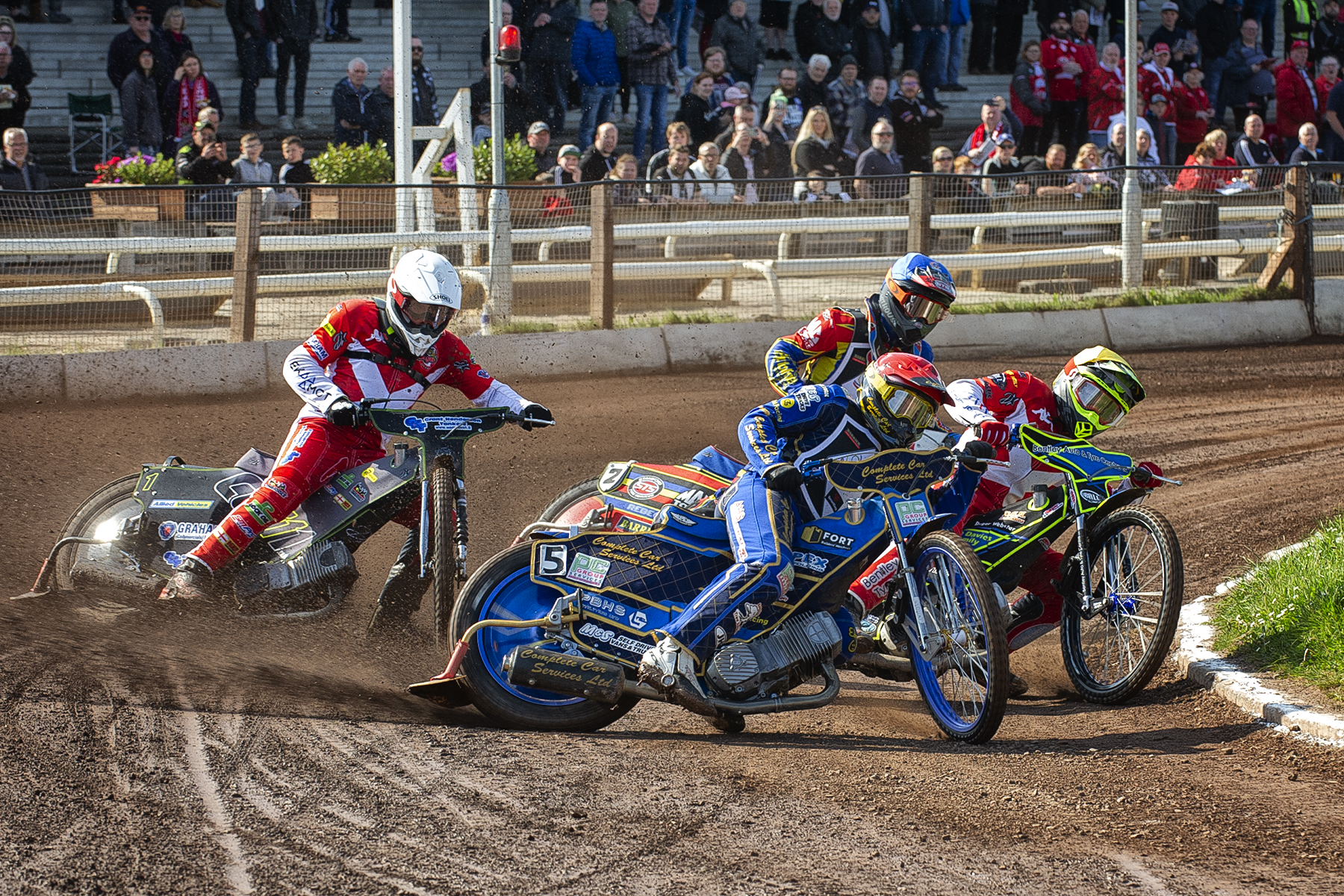 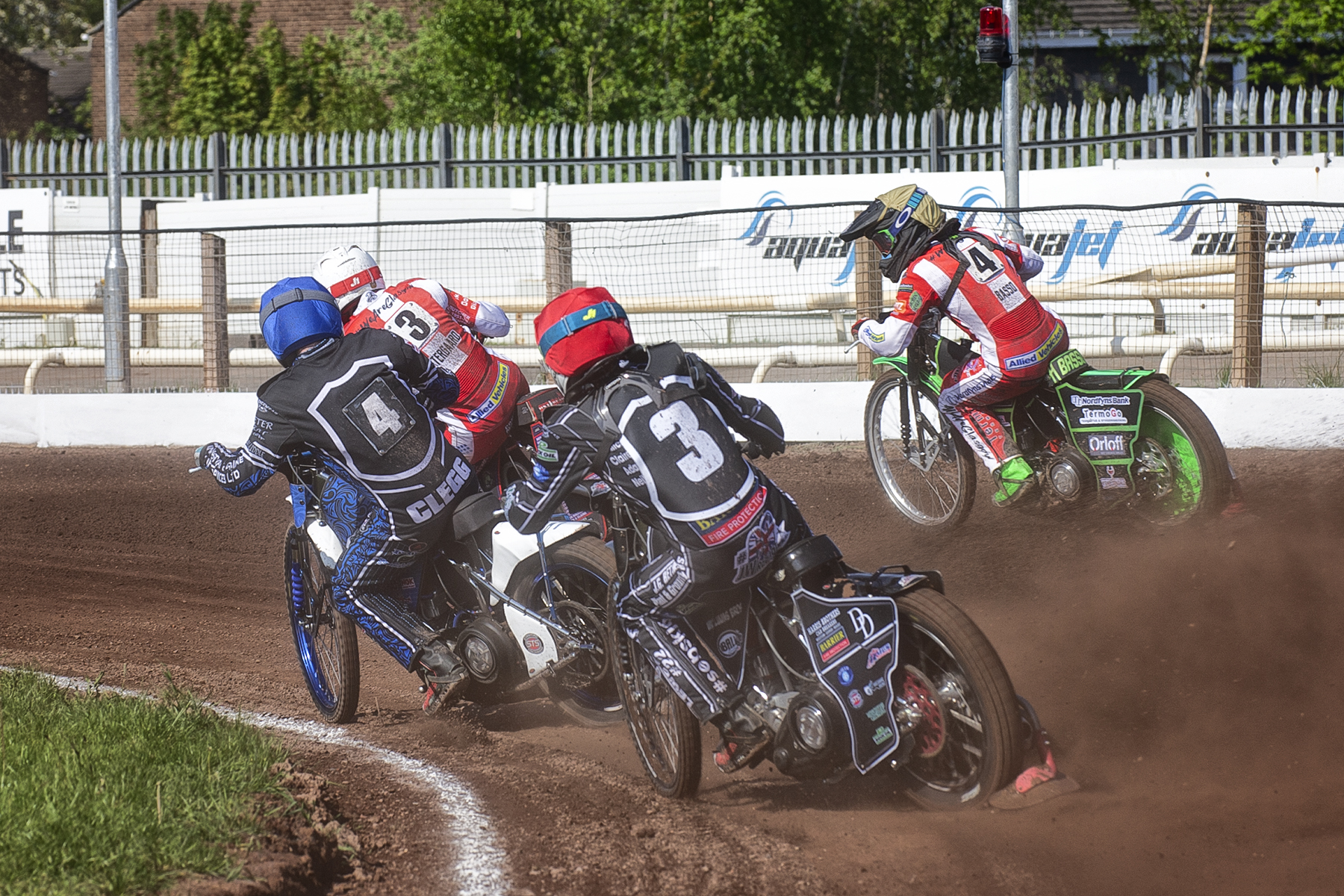 previous
Over 65's FREE Entry against Scunthorpe
next
Track Update