The weekend of huge local derbies started last night on Teesside with the GEC Diamonds popping down the A19 to take on the Redcar Bears, with the eagerly awaited return due at 4pm on Sunday afternoon at the Newcastle Stadium (Brough Park), both matches marking the return to action for Adam Roynon, and official away then home debuts for local Geordie 16-year-old Archie Freeman against a Bears’ side with three guests and rider replacement due to injury and illness, however it ended up being memorable as a battle of contrition featuring delays and crashes.

It was always going to be a tough match for the visitors from the North, and after Ben Barker just made the 2-minute allowance in Heat One, it was then called back with a warning for James Wright who was deemed to have moved before the tapes went up. Roynon retired on the last lap while at the back as Barker took third behind James’ brother Charles and Ben Cook, the young superstar from Poole in an opening 5-1 for the Bears.

Heat Two was also a home maximum as Stefan Nielsen flew away for the win ahead of fellow guest reserve for Redcar, Dan Thompson who was pushed hard by James Wright throughout, but after two Newcastle were 10-2 down, which lurched on to 15-3 after the third race won speedily by Cook and Jake Allen well ahead of Connor Mountain and Max Clegg.

Following a delay for a 2-minute warning failure Heat Four saw Michael Palm Toft take the lead as Matthew Wethers glued himself to the inside line to whip under Thompson for second, but Thompson held Freeman at the back for the 4-2, extending Redcar’s lead to 14 points, 19-5 while the fifth was a shared 3-3 with Allen holding Barker into second and Roynon in to third.

After the referee held up proceedings while the sun moved, giving him a free view of bend three, Wethers was leading the sixth when Cook tried to go round him but hit unexpected grip and fell heavily resulting in his exclusion, and medical attention from the paramedic and then withdrawn from the meeting, before the re-run produced an unexpected Diamonds 1-5 from a fine gate from Wethers who led Charles Wright on the opening bend only for James Wright to power-up and fly to the front giving the travelling Diamonds’ fans something to cheer, the score now 23-13.

A further, and unavoidably necessary delay then ensued while the County Ambulance came to transfer Cook to the hospital, then the match resumed at 9.25pm with Heat Seven with Wethers in for Clegg as a tactical substitute, but with Palm Toft out in front, Nielsen was involved in a titanic battle with Wethers for second, until they both came down with Mountain laying his bike down behind, the referee excluded Wethers with the awarded Bears’ 5-1 putting 14 points between the sides at 28-14.

Nielsen took the Heat Eight win up front but behind both Roynon and James Wright passed Thompson to share the race, 3-3, the score now 31-17, however more delay was forthcoming in Heat Nine when Wethers fell on the second bend of lap four, flipping over the bike and landing heavily with the announcement the race would be awarded a 4-2 to Redcar with Wethers’ exclusion as the paramedics again came out to attend to the stricken Diamond who was put in the County ambulance complaining for shoulder pain as Redcar’s lead moved on to 35-19 with six scheduled heats to go.

Charles Wright roared round the Heat 10 boards eventually passing Mountain for the win on the third lap in a home 4-2 to finish the curtailed match, abandoned at this point, with the result standing at 39-21.

Team manager Steve Pate said: “We’ll put this one behind us now as it really was one of those nights to forget and move on from. We’re monitoring Matty’s condition all the way and see how he feels. We never got a chance to really get going tonight and not the best for Adam’s return nor Archie’s official debut.” 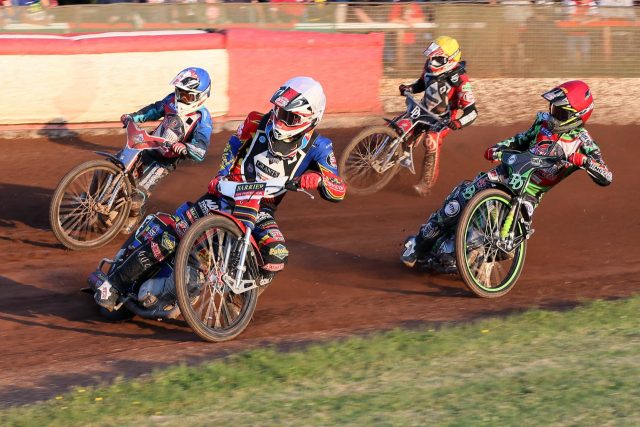 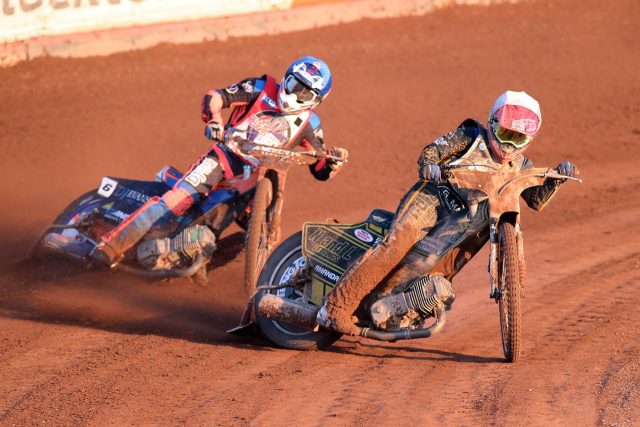 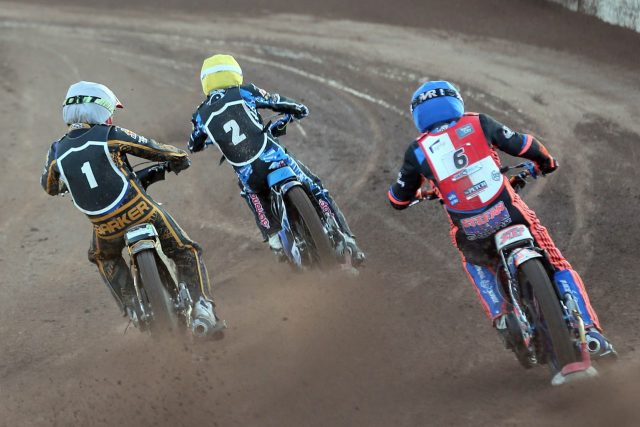 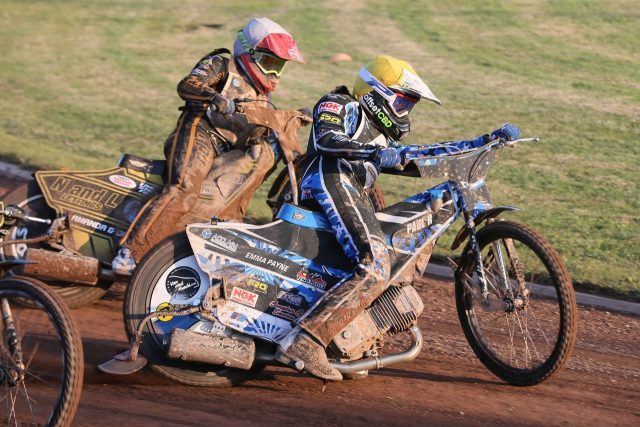 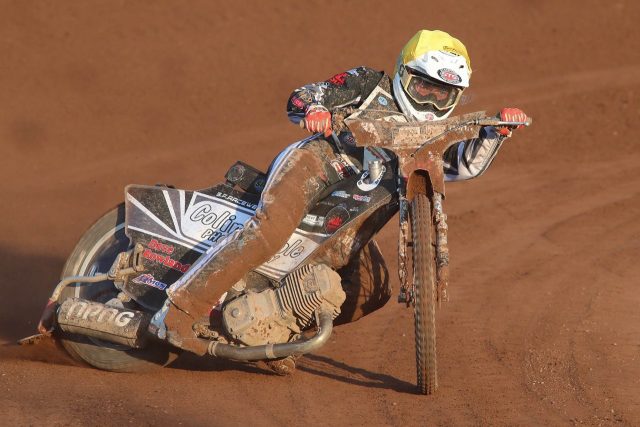 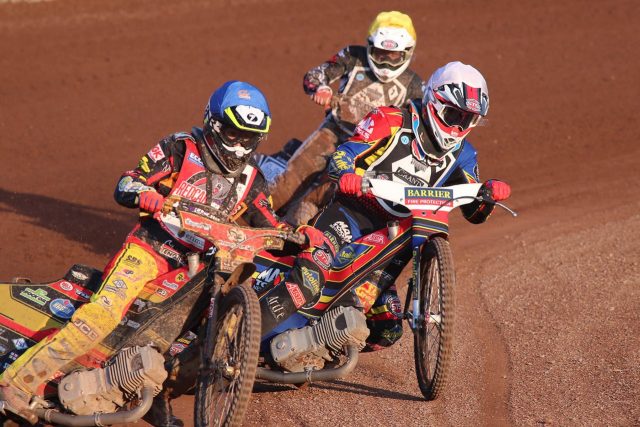