The Newcastle GEC Diamonds were on a mission of revenge last night at the Edinburgh Monarchs in the SGB Championship following being dumped out of the Cup last month by the Armadale-based side, but were without new reserve, local-boy Archie Freeman, who was busy with his British Under-21 final at Redcar.

The match started even-stevens with a 3-3 in the first race, won from the tapes and untroubled by Sam Masters ahead of Ben Barker and James Wright, while the Monarchs took the lead after Heat Two, won well by the impressive racer, Kye Thompson who took his three points with ease over Wright who in turn held Tom Woolley in third, the early score now 7-5.

The 4-2s continued in the third race won from the gate by Josh Pickering who excelled all race, While Connor Mountain was initially holding third, he suffered an engine failure allowing Lawson through for a point, Edinburgh now four ahead, 11-7, while a third straight 4-2 in Heat Four took the score to 15-9, but it had looked like a nailed-on home 5-1 until the leading Richie Worrall suffered an engine failure allowing Thompson and Matty Wethers through, but coasted home for third ahead of Terry Daley.

Yet another 4-2 in the fifth saw Pickering jet away, but behind Barker pushed past Lawson to cancel another home maximum, as the Monarchs now led 19-11, and following a Heat Seven share of the points, Heat Eight pushed Edinburgh four points further ahead with a solid 5-1 from Thompson and Pickering over Mountain and Wright taking the totals to 30-18.

Come Heat Nine Barker was drafted in for Wright as a tactical substitute, but the skipper couldn’t dent the charge of Pickering who took the win as Wethers held Lawson clamped at the back in a shared 3-3, leaving 12 points between the sides, before Masters and Thompson made light work of Heat 10’s home maximum over Mountain and Clegg to move the scores tantalisingly close to a certain Monarchs’ victory, the score now 38-22 with five races to go.

Despite a good Newcastle 2-4 in Heat 12, won from a super-quick gate from Wright, who headed Thompson home as Mountain claimed third place, but with the score now 43-29, there weren’t sufficient points left to help Newcastle, and with a Heat 13 5-1 it was certainly all over with the score at 48-30 with two to go.

Team manager Steve Pate said: “We had hope, but it was always going to be tough as Edinburgh of late have been banging in some big scores including a huge away win at Berwick last weekend, so we were up against it, and when you race a meeting but only manage one heat win, thanks to James Wright in Heat 12, you can’t win matches, and yet we only hit eight last places, so we need that heat leading power to increase.” 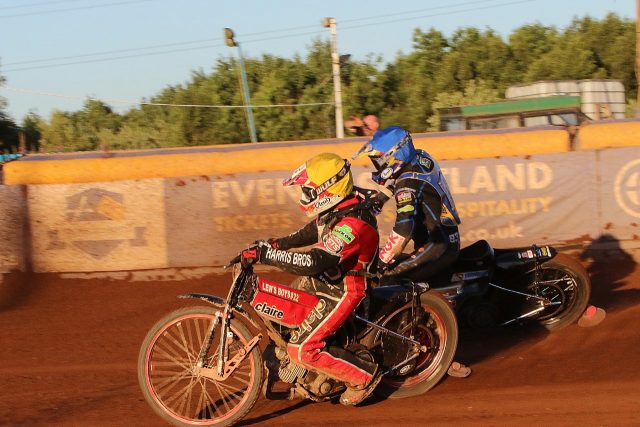 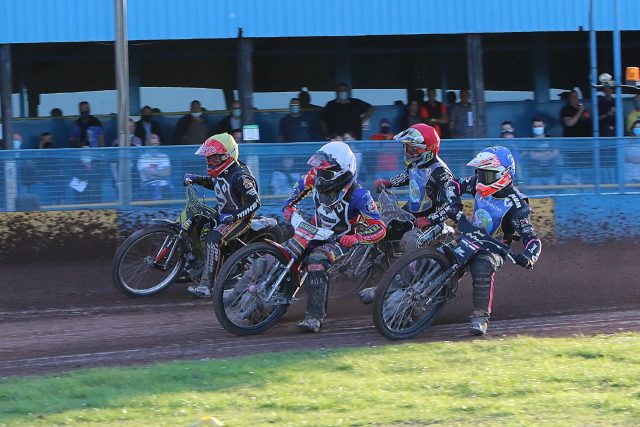 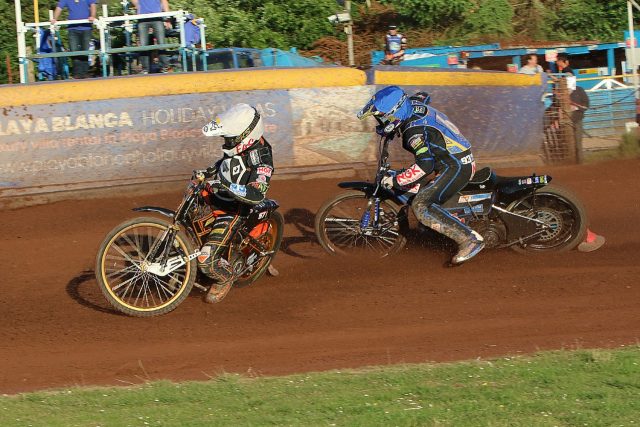 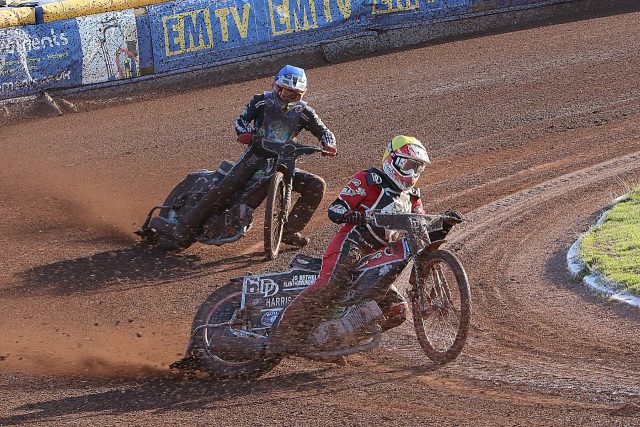 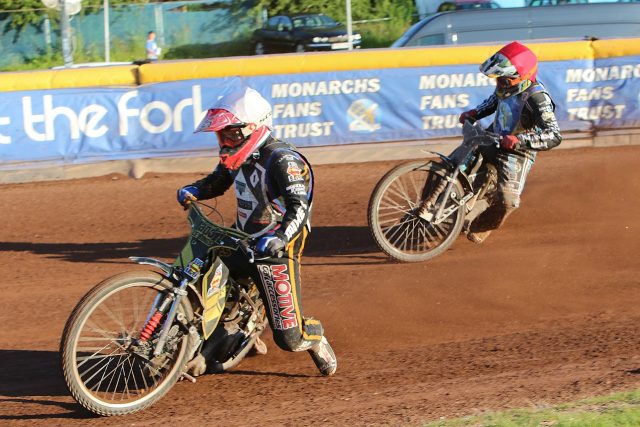 previous
Derby Day Sponsor
next
The Return Of Royno 2️⃣ 👏