16-year-old Geordie, Archie Freeman first set wheel to the Brough Park track when he was just six years old at the club’s training sessions having already appeared as the Diamonds’ mascot, and from that moment onwards it was always his dream to become a full-time Newcastle Diamond, and that dream is about to become reality.

Freeman started 2021 in the amateur ranks of Newcastle Speedway, before moving to the Armadale Devils National Development League side at Edinburgh, and while he will continue to get a vast amount of valuable experience with the Devils, but he is now set to pull on the professional Championship League Newcastle Diamonds’ race jacket in the heat of a massive local derby, Newcastle Speedway’s biggest derby weekend of the season.

The Diamonds are at the Redcar Bears on Friday July 23rd, and then the eagerly awaited return Championship fixture will be at the Newcastle Stadium (Brough Park) on Sunday July 25th at 4.00pm when Freeman will have his first official big-league rides in front of his own home fans, fans who have seen him develop from his six-year-old self to fully-fledged Diamond. He is also representing the Diamonds at Redcar this Friday night (July 16th) in the 2021 British Under-21 Final against the country’s best young riders.

Team manager Steve Pate is full of enthusiasm for the move, saying: “It’s always a clubs’ aim to get home-grown young local talent into their top team’s 1-7, and bringing Archie into our side is a key moment in our history for as far as local talent is concerned, he’s certainly one of the best. This is a big thing for the club as we always intended to give every chance to the young local lads, and this is very much the right time to bring him on board to progress his future career.

“Despite only just turning 16 in December, he’s already won British Youth titles in his class at the time in recent seasons, and raced more than most last season, a season where most were side-lined with the pandemic, in the permitted 2020 Youth events, and has already excelled at NDL level this season, but this is his big break, and we believe this will be a huge moment for him and vital for his learning and experience for seasons to come.

“He’s in for the season now and the other six Diamonds, from skipper Ben Barker to his fellow reserve, James Wright as all as enthusiastic to have young Archie into the side as we are and have all said they can’t wait to work with him and will guide and advise him as he takes his first races in the Championship league, so he will fit into the squad perfectly and with the uncertainty of these times, it’s great to give him the chance to race for his home town club.

“Archie will be great to watch and has already proved himself against strong opponents at Glasgow, as he’s there or thereabouts, and especially at Newcastle he’s going to give the opposing reserves a good run for their money.

“He will continue his NDL racing at Edinburgh, and that’s great as the more on-track action he gets, the better it is for him, and the Diamonds. He’ll come in at number seven in place of Jack Parkinson-Blackburn, whom we wish the very best for the future and thank him for his efforts for us over the past few weeks.”

Freeman said: “I’m over the moon to be riding for the Newcastle Diamonds now as this has been my ambition ever since I sat on a bike at Newcastle Speedway, and from then it’s been a lifelong ambition of mine, and for it to finally become reality right now is amazing.

It will be a massive learning curve for me, but I am ready to learn and give the Diamonds my best efforts in every race. It’s been a long time coming and I want to make the most of this great opportunity.

Also, with the other guys who ride for the Diamonds, they have a stack of experience to share with me and I can’t wait to listen to them and become a better rider as a result, these matches cannot come soon enough for me.”

Freeman’s home debut on July 25th against the Redcar Bears coincides with the first match where speedway fans can enjoy their sport with fewer Covid-19 restrictions on their stadium admissions, and while advanced booking online at: http://Www.trybooking.co.uk/BDTC remains for anyone wanting a speedier and easier entrance to the stadium, but for the first time the stadium turnstiles will also be open for cash or card entry payments, a huge development for the club’s new management  who have only know heavy restrictions so far. 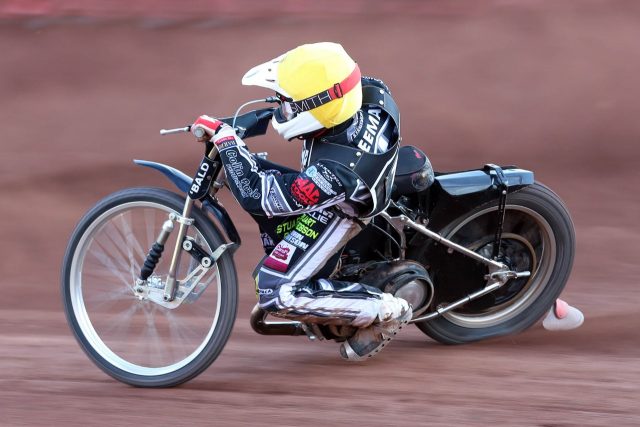 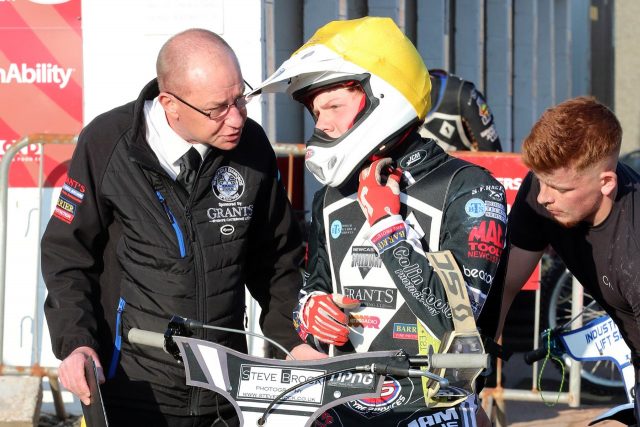 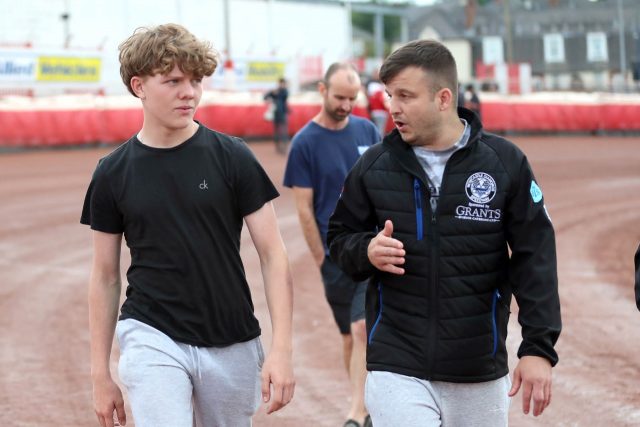 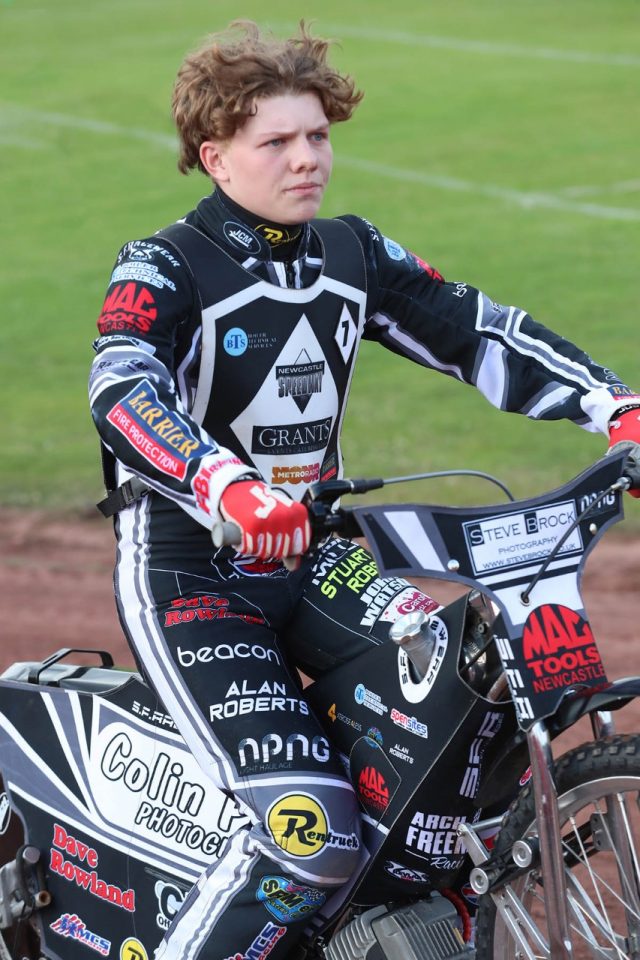 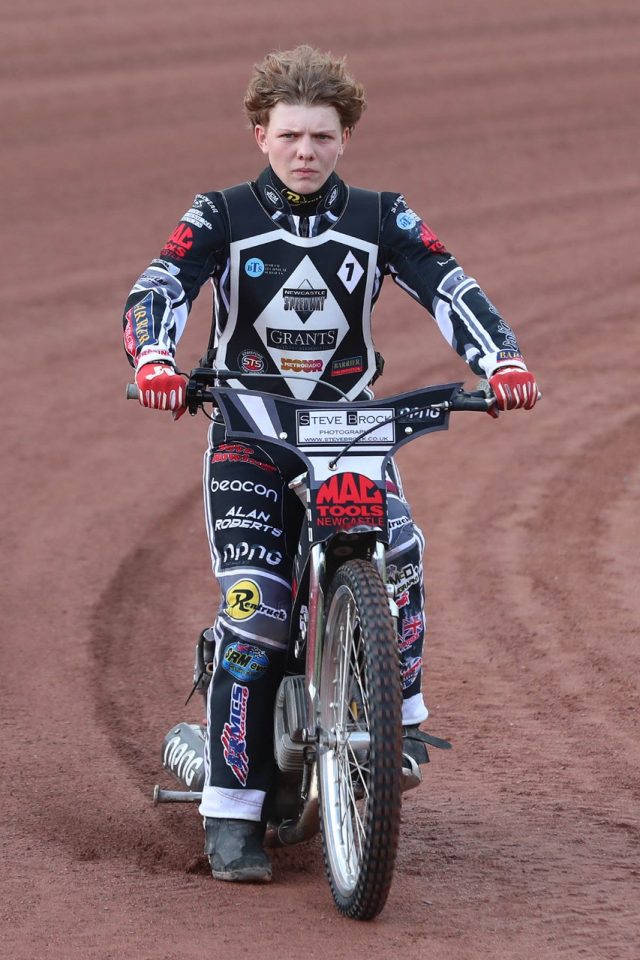