💎 THE DIAMONDS CALL ON STEVE

Newcastle Diamonds can now confirm that they have enlisted the services of Steve Pate as team manager to lead the Diamonds forward through the rest of the season, after releasing Nigel Hinchliffe of his team manager duties after Newcastle’s defeat at Shielfield Park last Saturday.

“I would like to announce that Steve Pate will now be taking over the team managers role with immediate effect, after making the decision to let Nigel go last weekend. Unfortunately, Nigel had made numerous decisions I felt weren’t in Newcastle’s best interests and, in my opinion, some further decisions at Berwick that cost us a valuable league point and maybe the meeting as a whole. I understand that the fans may be now struggling to keep up with who actually is our team manager from one meeting to the next, which is obviously not ideal, but I now definitley feel we have the right man for the job.

Steve has already had great success with the Gems, winning the NJL with them back in 2019, and before their very unfortunate and regrettable departure this season, was making fabulous progress with the Gems again.

He is Newcastle through and through and is always there to help in every way, even with maintenence and track work at the stadium.

I am extremely confident in Steve’s abilities to go forward and lead Newcastle through the remainder of the season and wish him the very best of luck.

Finally, I would like to thank Nigel for his efforts and everyone at Newcastle wishes him all the best for the future.”

Newcastle would also like to take this opportunity to clarify that they are searching for a new track curator. They have invested in new equipment, with a new water bowser being brought in from Belle Vue, and now just need the final piece of the puzzle to complete the track maintenance. Newcastle are in talks with various curators from different tracks at the present moment and an announcement will be made again on this in the very near future. 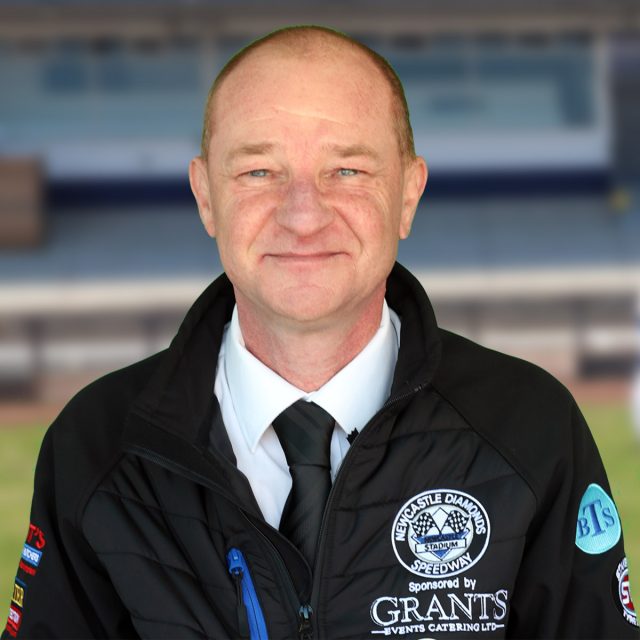 previous
FIXTURE DATE NEWS!
next
Diamonds fight still there, but Tigers have the stronger bite...