Scunthorpe arrived at Brough Park yesterday afternoon second in the League and held Newcastle well in the opening two races, both shared 3-3s, won from the gate by Adam Ellis and James Wright respectively, but Connor Mountain went down into third bend fence on the first lap of Heat Three resulting in his exclusion from the re-run in which Thomas Jorgensen took total control to win well as Max Clegg collected second after a good battle with Theo Pijper in third for a Scorpions’ 2-4 which took the score to 8-10.

Heat Four levelled it all up at 12-12 again after a fine gate to flag win for Matthew Wethers well ahead of Tero Aarnio in a 4-2, while in the fifth, Ellis repeated his solid win from Heat One, to take another three points with Clegg and Mountain taking the minor placings in a 3-3, the match still tied at 15-all.

The Diamonds took a big break in Heat Six when, with Wright out in front, Barker battled from last to second in two laps to take the first 5-1 and move four points ahead while Wethers took another win from the gate in Heat Seven ahead of Jorgensen, who was on a warning for moving at the start, and Pijper for a 3-3 maintaining Newcastle’s four-point lead.

Palin fell on the opening bend of Heat Eight and was excluded for his efforts from the re-run, which saw Mountain and Wright roar away from another home maximum ahead of the lone Scorpion, Simon Lambert taking the score to 28-20, triggering a tactical substitute for Scunthorpe in the ninth with Ellis coming in for Macdonald, but missed the gate and finished stone last in the shared race with Newcastle’s lead now 35-25.

Ellis and Lambert burst from the Heat 11 gate and roared well ahead of Wethers and Wright looking set for a Scorpions’ maximum until on the last bend Wethers came from nowhere to steal second on the line in a Scunthorpe 2-4, while another apparent Scorpions’ 1-5 was converted into a 3-3 courtesy of a fall for Macdonald on the third lap, and with three races to go, the score was 40-32.

Heat 13 was the clincher for Newcastle with Wethers taking the win ahead of Jorgensen after the tightest of tight opening bends which saw Aarnio’s engine suffer a problem as he retired before the end of the race but resultant 4-2 took the score to 44-34, and victory for Newcastle with two heats to go.

Team manager, Rob Grant said: “This was us at our best of the season so far with the team really pulling together with the best team spirit and beating a very, very fancied Scunthorpe side with all our lads looking much more up for it and getting a result which, I think will have surprised many people tonight. Our season has really taken off this weekend and our team is a proper team now.” 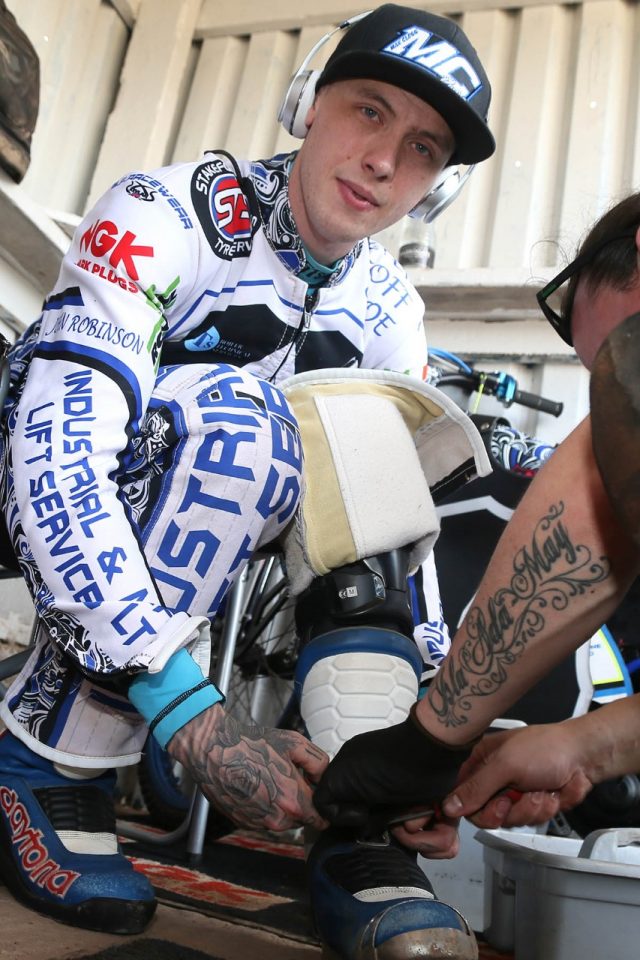 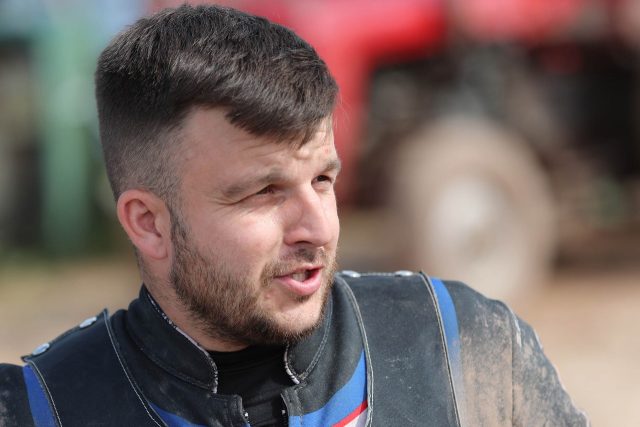 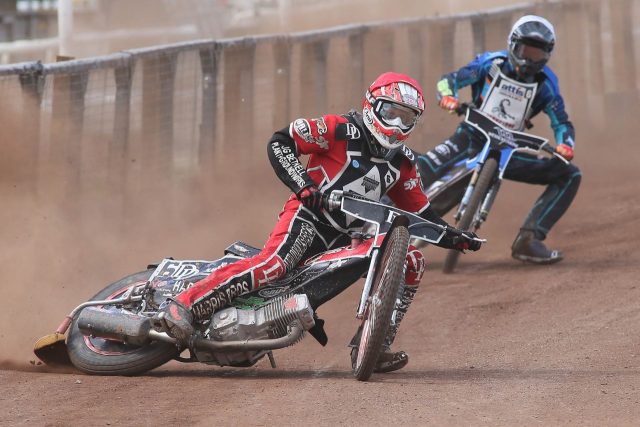 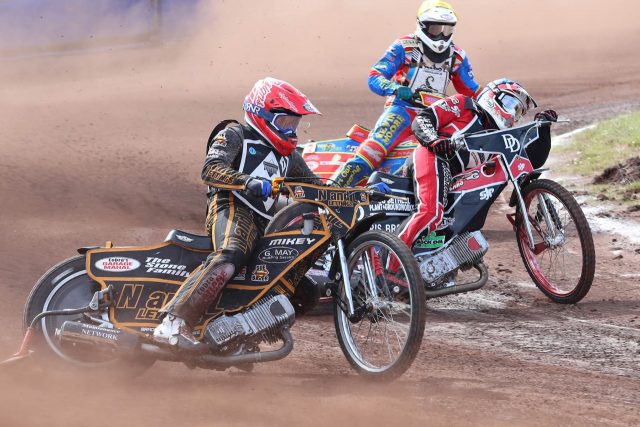 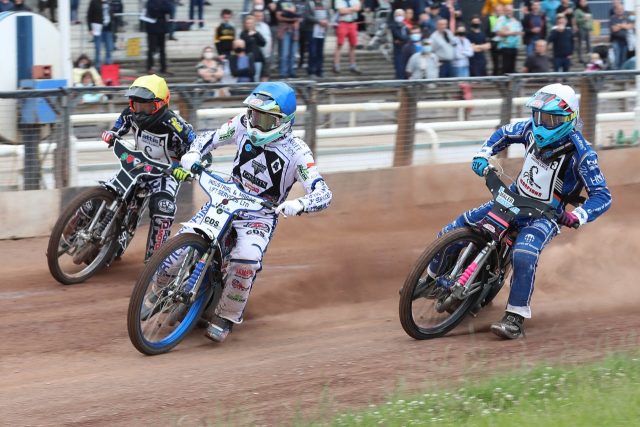 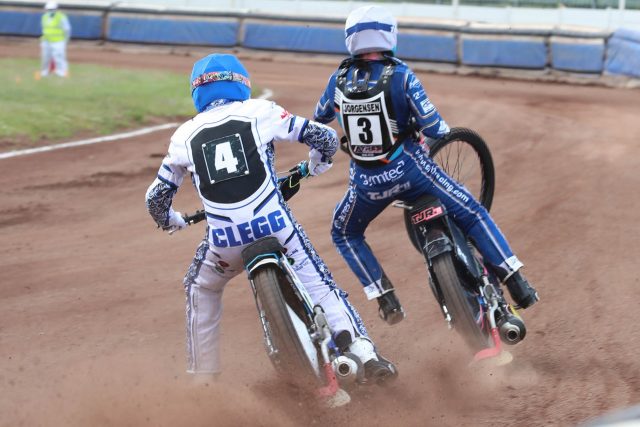 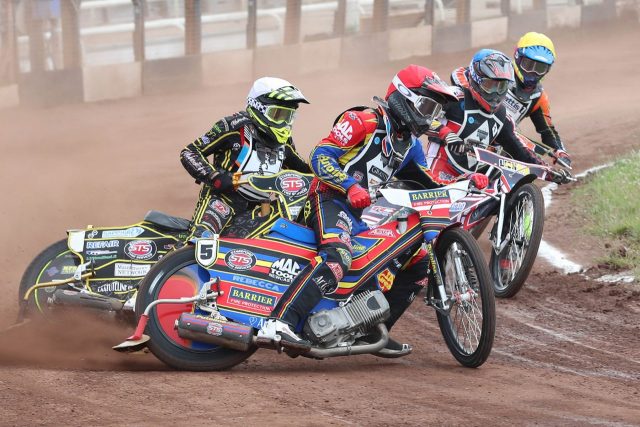 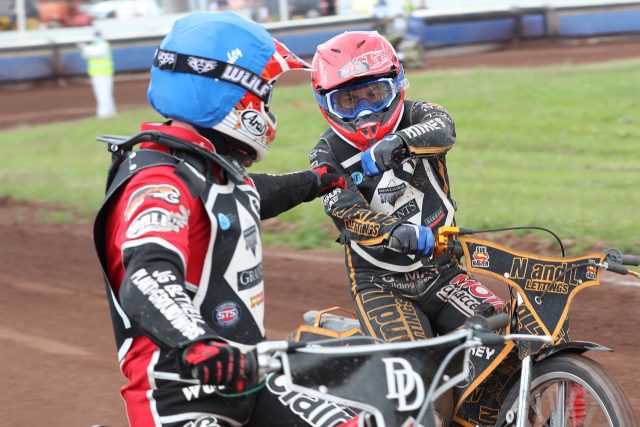 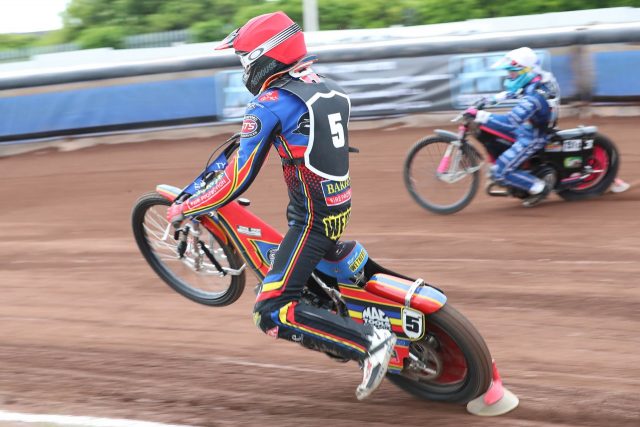 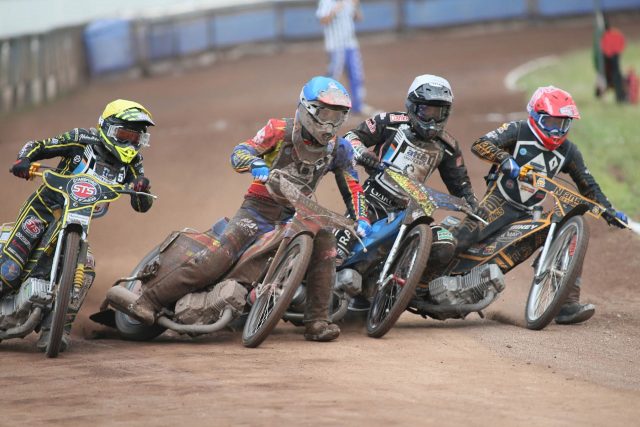 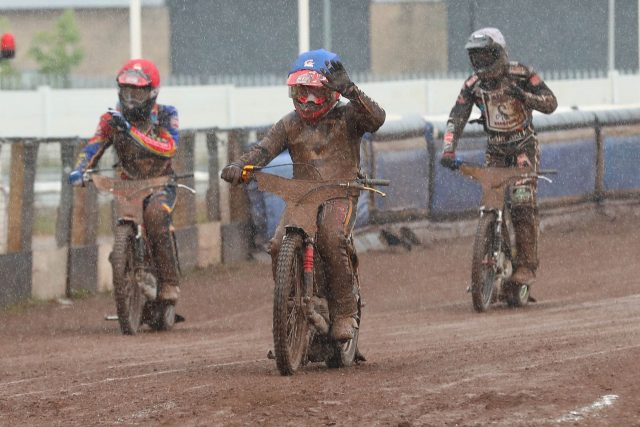