A rain-delayed start left the Shielfield Park damp, but very raceable for the local derby between the Berwick Bandits and Newcastle Diamonds, with Heat One starting half an hour late, in which Leon Flint replaced Jye Etheridge who had touched the tapes, and with Dany Gappmaier out in front, Flint shot through between both Ben Barker and James Wright to take a 5-1.

Aaron Summers blitzed heat three for the win, but behind Kile Bickley powered up and took Max Clegg with metres to spare on the run to the line in a 4-2 which took the score t0 13-5, while Matthew Wethers gave the travelling fans something to shout about, taking Heat Four well from the gate while behind Flint took up the chase and was still in contention to the end in the 3-3 result taking the score to 16-8.

With rain coming down again Heat Five saw Barker take a huge lead to win well ahead of Summers and Wright for a Diamonds’ 2-4 which pulled Newcastle two points closer, at 18-12 while in Heat Six, tactical substitute, Barker ground to a halt from the gate when his chain snapped and caught him on the thigh in a painful whack, Wethers went on to win the heat ahead of Gappmaier to share the race with the score now 21-15.

The following two heats were shared too with wins for Nikolaj Busk Jakobsen and Flint who took Heat Eight with expert skills as the Diamonds stayed within striking distance, the score 27-21, but a solid 1-5 from Wethers and Wright over Summers and Bickley to close the gap to 28-26, and Newcastle’s confidence was visibly on the rise. However, despite Clegg not sitting still at the start, for which he received a warning, he ended up at the back as Gappmaier shot ahead to win well over Mountain as Etheridge took third in a 4-2 to extend the home lead to 32-28.

Barker gated well in the 11th to win ahead of a hard chasing Busk Jakobsen in a Diamonds. 2-4 to again slash the home lead to 34-32, with four heats go, and in the 12th it was Flint, again in blistering form, and Gappmaier who gated well ahead Mountain and Parkinson-Blackburn for a home 5-1 to push the score on to 39-33 while Barker fell in Heat 13 when he lost his steel shoe on the second lap, but with Wethers well ahead of Busk Jakobsen and Etheridge the 3-3 moved the score on to 42-36.

The match was clinched in Heat 14 for the home side won by Summers who weaved his way under Wright in the 4-2 that took the score, with one race left, to 46-38.

Berwick team boss Gary Flint said: “Again it was a team effort, and with Dany Gappmaier looking so fast tonight along with Leon picking up paid 17 at reserve we have a solid side getting good results, and we can continue to do so.”

Newcastle team manager, Nigel Hinchliffe added: “I think it’s fair to say we did better tonight than most people had expected, but that said with Ben having awful luck, including a painful chain snapping, we know he could have done better than six, while Max Clegg is still struggling for his true form, which we know he has, so again point could have been added and maybe pushed the Bandits even closer. Matty Wethers is always pure class at Berwick, and again he was just that. Satisfying night tonight, the lads did well!”

No.8 Jack Shimelt – Did not ride 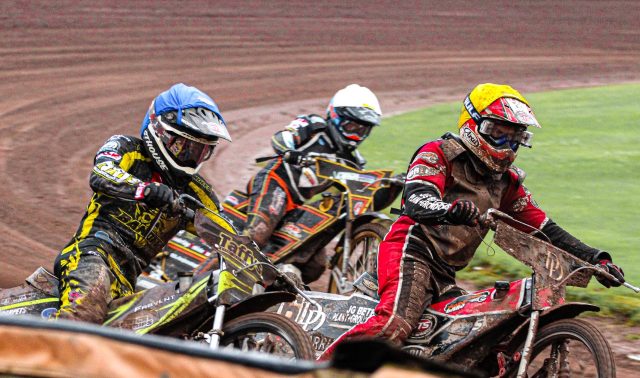 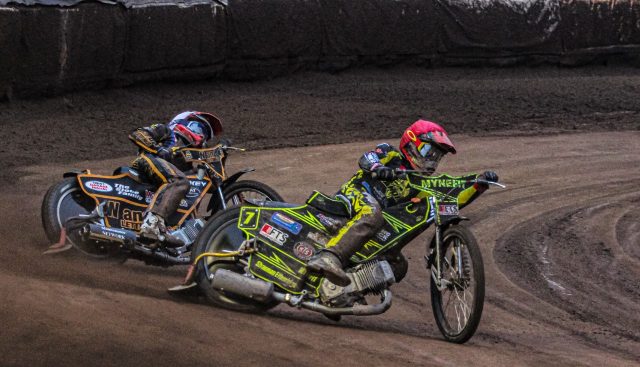 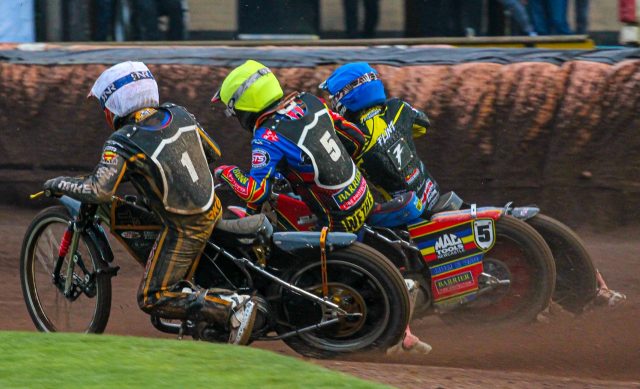 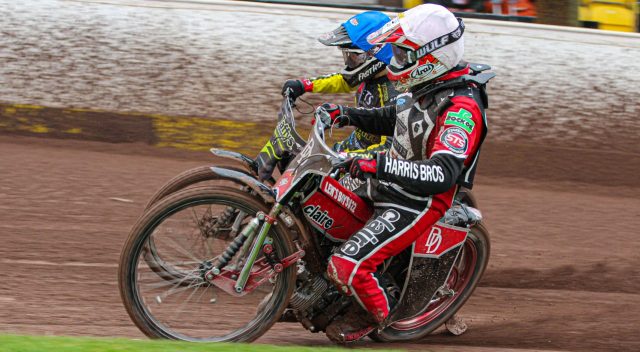