Sunday afternoon saw the return to the Newcastle Stadium (Brough Park), and the Newcastle Diamonds, for one night only of former favourite Steve Worrall as a guest for the injured Ben Barker, and with rider-replacement operating for both Diamond Adam Roynon and Leicester’s Josh Bates, the early season injury list was taking its toll, however the Diamonds were in determined mood to get league points on the board, sitting uncomfortably on the bottom of the current SGB Championship table.
Heat One was an excellent race initially looking like a Leicester 1-5, but Worrall raced hard to pass Ty Proctor on lap one and get right up alongside Nick Morris to the end with the Lion just taking the three points, and with James Wright nipping past Proctor took it to a shared 3-3, the same as the second race won swell by Wright over the Thompson twins, Dan, and Joe.
Dan Thompson took a brilliant win for the youngster in Heat Three’s 2-4 over Connor Mountain to put the Lions in the lead by 8-10 while Heat Four was again a shared race won brilliantly by Matthew Wethers who had developed a puncture towards the end of the race, well ahead of Kyle Howarth and Joe Thompson taking the score to 11-13.
The scores levelled at 15-15 after Heat Five which saw Proctor grind to a halt on the second lap as Mountain led well from the off however Max Clegg also suffered engine trouble and had to push his bike half a lap for the point which gave Newcastle a 4-2, and with heat six another shared 3-3 won by Worrall well over Howarth, while Heats seven and eight were both home 4-2 with another big win for Wethers in the seventh and Wright streaking away from Dan Thompson in the eighth, giving Newcastle six heat winners out of eight races, the score now 26-22.
Heat Nine saw Howarth make a superb gate to lead well and take the three points ahead of Mountain and Dan Thompson for a 2-4, tightening the score again to 28-26 with six heats to go, and in the 10th, Worrall battled his way to the early lead again to win big over Ryan Douglas in second as part of a Diamonds’ 4-2 and pushing the home side to a 4-point lead again, 32-28.
Newcastle’s lead went up to 36-30 after another 4-2 in favour of Wethers over Morris and Wright after an untidy opening bend, however Morris over slid on the opening bend to Heat 12 and resulted with Douglas and Parkinson-Blackburn falling and Morris excluded, although word didn’t reach him till he had lined up for the re-run which ended a shared 3-3 won by Douglas taking the match score to 39-33, still anybody’s game with three races left to run.
Heat 13’s blistering win for Worrall over Howarth and Morris to share the heat and sedge the Diamonds closer to victory, and with a huge 5-1 from Clegg and Wright from the gate over Dan and Joe Thompson, the match was won with one to go, the score now set at 47-37, while a pass from Wethers under Morris in the 15th sealed all league points for the home club.
Team manager, Nigel Hinchliffe said: “Well, it just shows what a replacement number one who can score decent points does for us. I always believed this team could do that, but it needed a top man in the lead position to bring the best from the rest. I also believe this is the start of our upturn in fortune, so we’re going for much better results from now on.”
Individual Riders’ Score Chart:
Newcastle GEC Diamonds: 49
Steve Worrall (guest) 2,3,3,3,0 = 11
Adam Roynon – Rider replacement
Connor Mountain 2,3,1,2,2 = 10
Max Clegg 0,1,0,3 = 4
Matthew Wethers 3,3,3,0,2 = 11
James Wright 1*,3,0,N,3,1,1,2* = 11+2
Jack Parkinson- Blackburn 0,0,1,N,1* = 2+1
No.8 Kieran Douglas – Did not ride 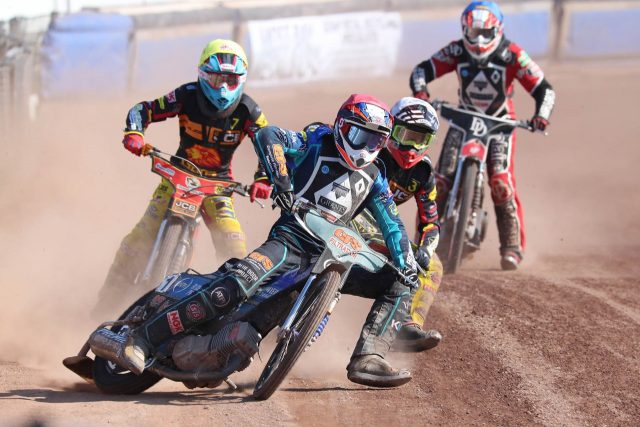 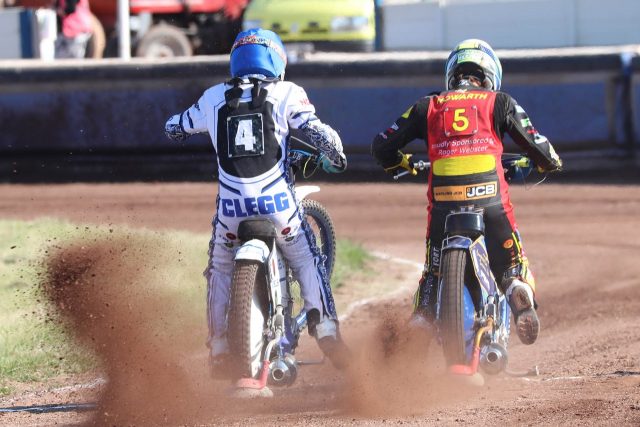 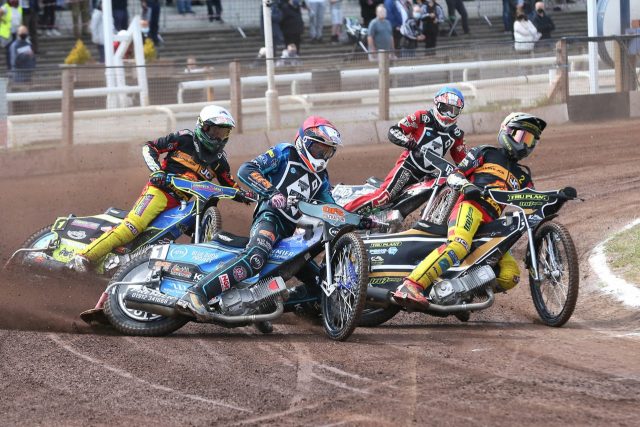 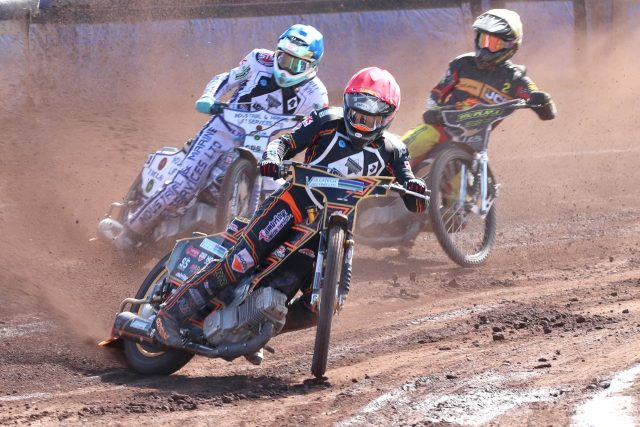